This is my new summer treat.  Years ago, we were soft serve addicts.  My husband used to volunteer to walk the baby (our son would only nap in his stroller at the time) so he could just happen to pass by the Tasti D-lite in our neighborhood.  We had the cards which had little icons of soft serve ice cream dishes which could be punched out and marked how many you had bought.  After a certain number, you would be rewarded with a free ice cream.  That’s how bad it was.

Luckily that store went out of business (we are pretty sure it was due to the surliness of the guy who ran it — how can you always be in a bad mood when you work in an ice cream store!?)  and our addiction came to an end.

Then I discovered this recipe.  I had seen it in various incarnations all over the web — I’m not sure who posted it first.  And I also came across it in the Moosewood Restaurant Cooks at Home Cookbook (called Creamy Banana Ice), which was published in 1994, so maybe it is originally from that.  At any rate, it is a super simple recipe.  You freeze slices of banana and puree it in a food processor when frozen.  That is all!  I like to add a splash of lactose free milk.  I have also tried it with light coconut milk for a vegan version.  You could also use almond or rice milk. 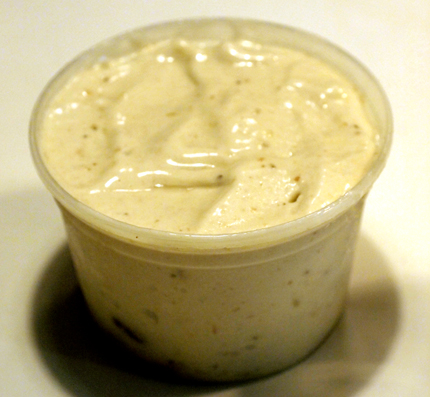 All natural goodness -- just bananas and a splash of milk!

Since I had frozen some ripe mango chunks a week or so ago (they are a great snack/dessert, as is!), and I always have frozen banana slices on hand, I thought they would go great together.  I added light coconut milk.    My son loved this.  You would never believe there is no added sugar! 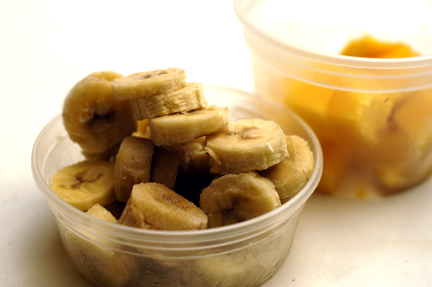 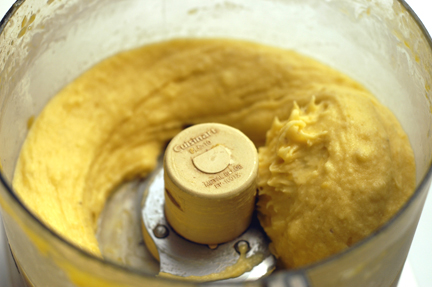 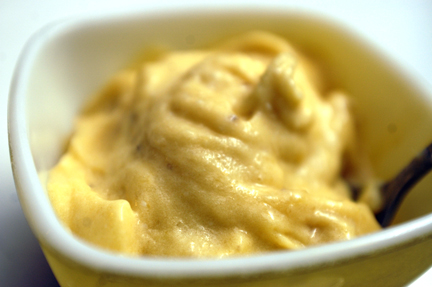 Awhile back , I was given a  complimentary jar of coconut oil from Tropic Traditions, a company that offers a myriad of coconut products, including virgin coconut oil, coconut flour, coconut flakes, as well as other organic foods, skin care products and household goods.  I’ve been experimenting with it and hope to post more recipes in the future.

One of the most easy recipes and one that we have been enjoying since our heatwave in the east coast is “Magic Shell” made with coconut oil.  It tastes just like the store bought version but doesn’t have any of the extra ingredients or additives!  It’s just melted chocolate and coconut oil.   You drizzle it on something frozen, and it hardens immediately.  Here is the recipe for it on the Tropical Traditions site.

Pair the soft serve with the chocolate shell and you have a perfect healthy summer treat!

1.  Puree in food processor until creamy